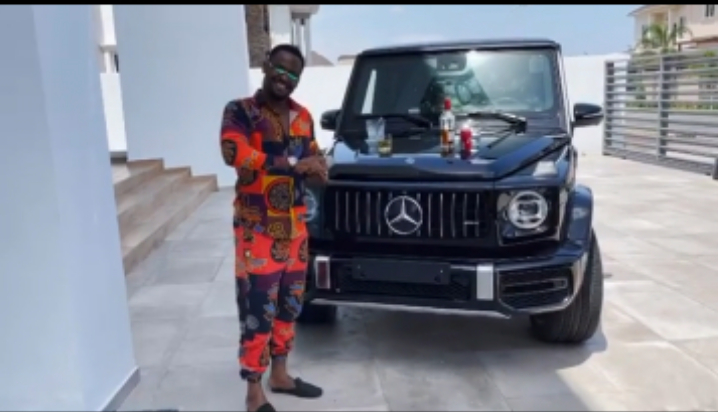 Zubby Michael new G-Wagon Worth over N120M is still making noise on social media as he showoff his newly acquired car with some alcoholic drinks on top of it.

Nollywood actor, Zubby Michael, uses popular slang in a silent way, “E Choke.” while on video showing his new G-Wagon car, which he bought for N120M, according to his close friend.

On the video, other expensive Bentley and Toyota Land Cruiser SUV are seen around Zubby Michael compound.

See what he wrote: