The record which comprises both Latin and English version is taken off Ycee’s studio work, the “Love Drunk” EP. 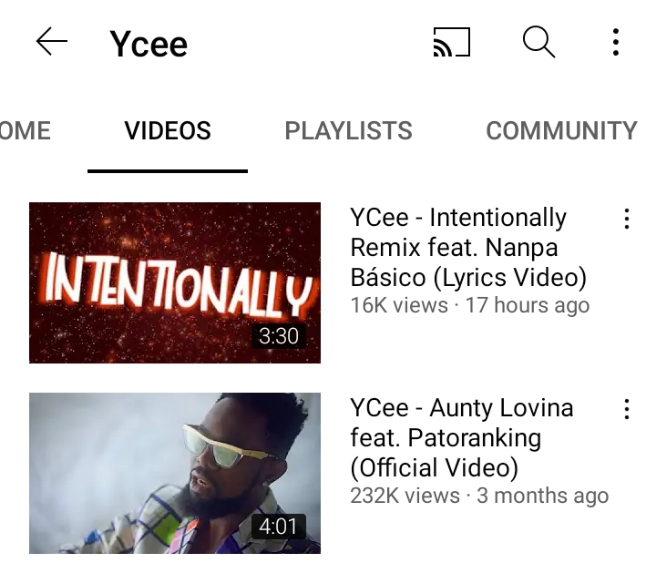 YouTube statistic as at when this screenshot was taken

This impressive and just released sound is worth your listening pleasure, listen and watch below;