Home » Bbnaija » “Would never take anything for granted, I’ll always be grateful” – BBNaija’s Ozo vows as he celebrates his birthday

“Would never take anything for granted, I’ll always be grateful” were the heart felt message of BBNaija’s Ozo as he celebrates his birthday in grand style.

Originally known by the name Ozoemena Joseph chukwu, the housemate who featured on the Big Brother Naija Lockdown edition with the name tag Ozo celebrated his
birthday on the 4the day of the month of August.

Mark his birthday in grand style, the Sports Analyst who also happens to be a consultant as well took to his Instagram handle to caption his post with a cute photo of humself.

In his post, he noted he will always be grateful for all the love & prayers from his fans and colleagues as it does go a long way in encouraging him.

In his word, “A YEAR OLDER, A NEW SECADE. WOULD NEVER TAKE ANYTHING FOR GRANTED. I’LL ALWAYS BE GRATEFUL FOR ALL THE LOVE & PRAYERS. MANY MORE YEARS & VLESSINGS I PRAY,AMEN 🎂♥️🙏” he posted via his handle. 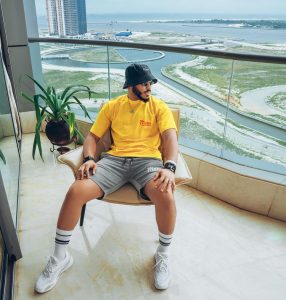