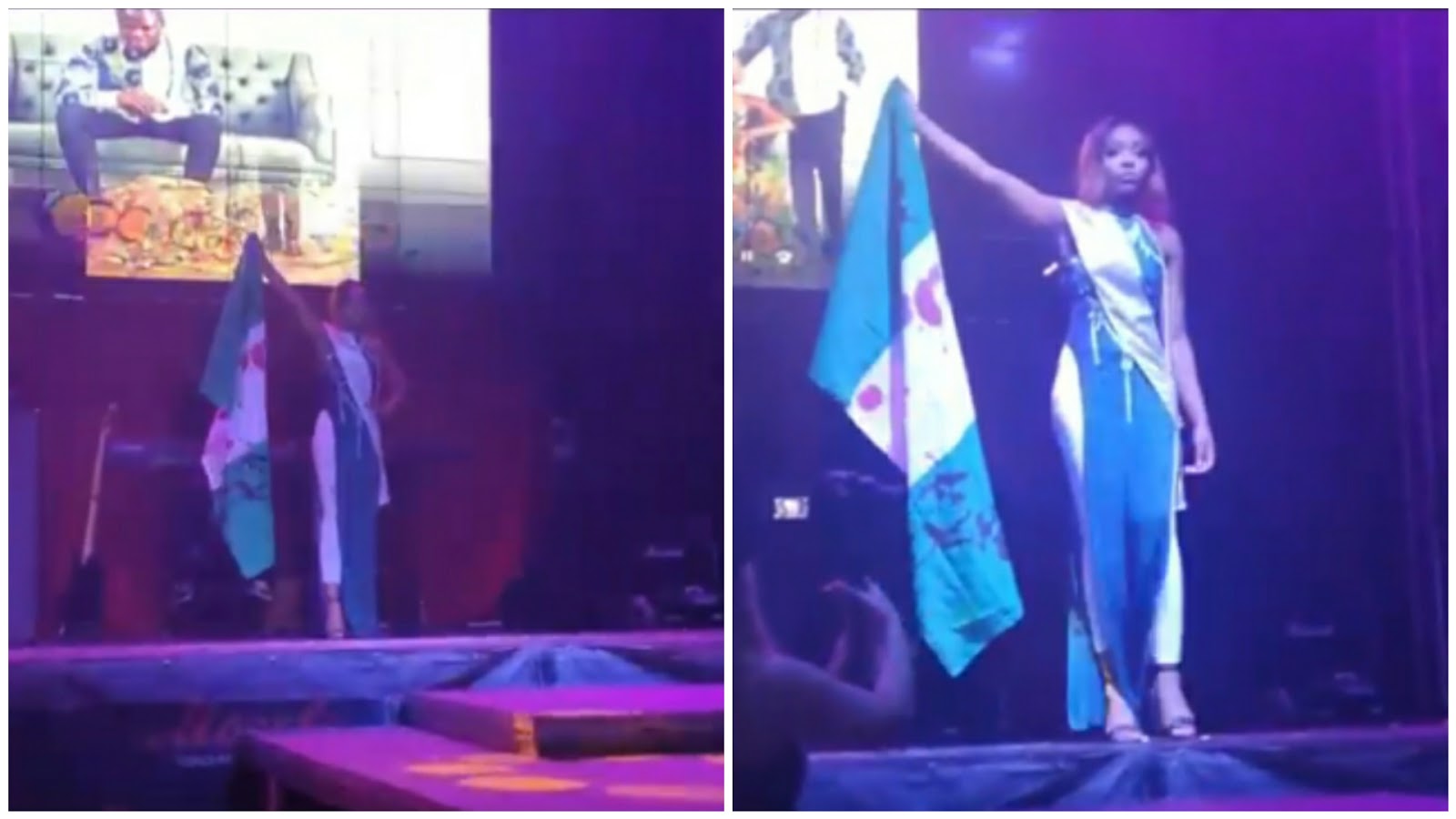 On a beauty pageant competition in Moscow, Russia that took place on the date stated above,  Miss Africa Russia beauty pageant, Udeh Chiamaka Victoria went on stage with a blood stained Nigerian flag which served as reminder of our lost heroes during the End sars protest on October 20, 2020, heroes that was shot dead by our Nigerians military.

Udeh was cheered by the audience for her heroic act.

While speaking on BBC Igbo, she says she didn’t fly the Nigerian blood stained flag for sympathy or for her to win, but she flew the flag as a respect to the fallen heroes on that day and the current happenings in Nigeria.
Chiamaka also revealed that she received a lot of insults, but she’s okay with it. Did she win afterwards? – No, she didn’t win the competition or took the crown home, but her bravery was appreciated by many people, which is the greatest of all crowns.
She says:
“What I did was actually from my heart. I did it myself; no one told me to. It was a competition, a platform that was given to me. I used that platform to create an awareness of what is happening in Nigeria.
“I did it due to what happened on October 20, 2020. also did it because of the recent happenings now in Nigeria. It was basically to tell the world that we’ve not forgotten our fallen heroes, the Lekki protesters who died.
“I did it to also portray recent happenings because there are still killings, insecurity, rape, and all of those things. The flag signifies everything. That category was the ‘Tradition Cultural or National Costume’.
“I felt that I should dress as a nationalist to portray what is happening. I never thought it was going to go viral at all. I don’t know who shared it with bloggers. Right now that it has gone viral, I have received a lot of threats.
“I have received a lot of insults but it’s okay. People who got the message got it. For those who didn’t, it’s not on me. It was never my intention to tarnish the image of Nigeria. It was me creating an awareness that we need help.”
Videos below: