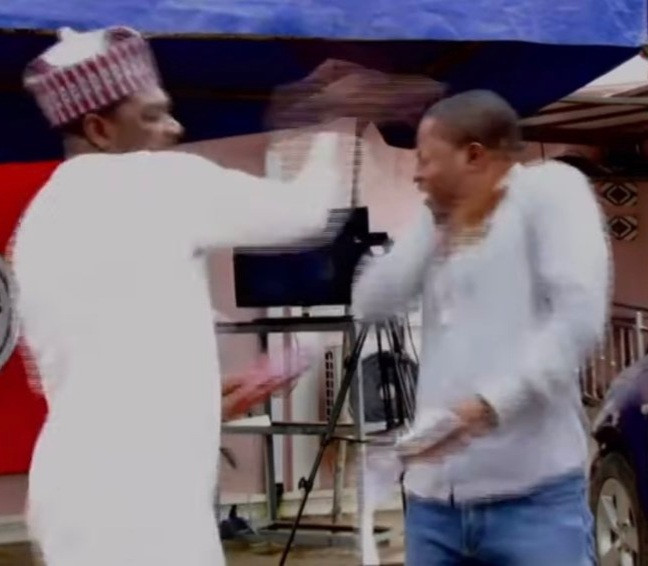 Nigerian Human rights activist, Ahmed Isah of Brekete Family who is popularly known as “Ordinary President” was seen slapping a man in public after slapping and abusing an aged woman by name Susan John.

The Nigerian lady poured kerosene on her little niece’s head and set it on fire over claims the child is a witch.

The woman was ask why she set the child on fire, but she couldn’t give any relevant answer, so Ahmed slapped her twice across her face.

This pulls so many reactions on social media, as some kicked against his action saying he had no right to take the laws into his hands.

While some said the woman deserve more than a slap.