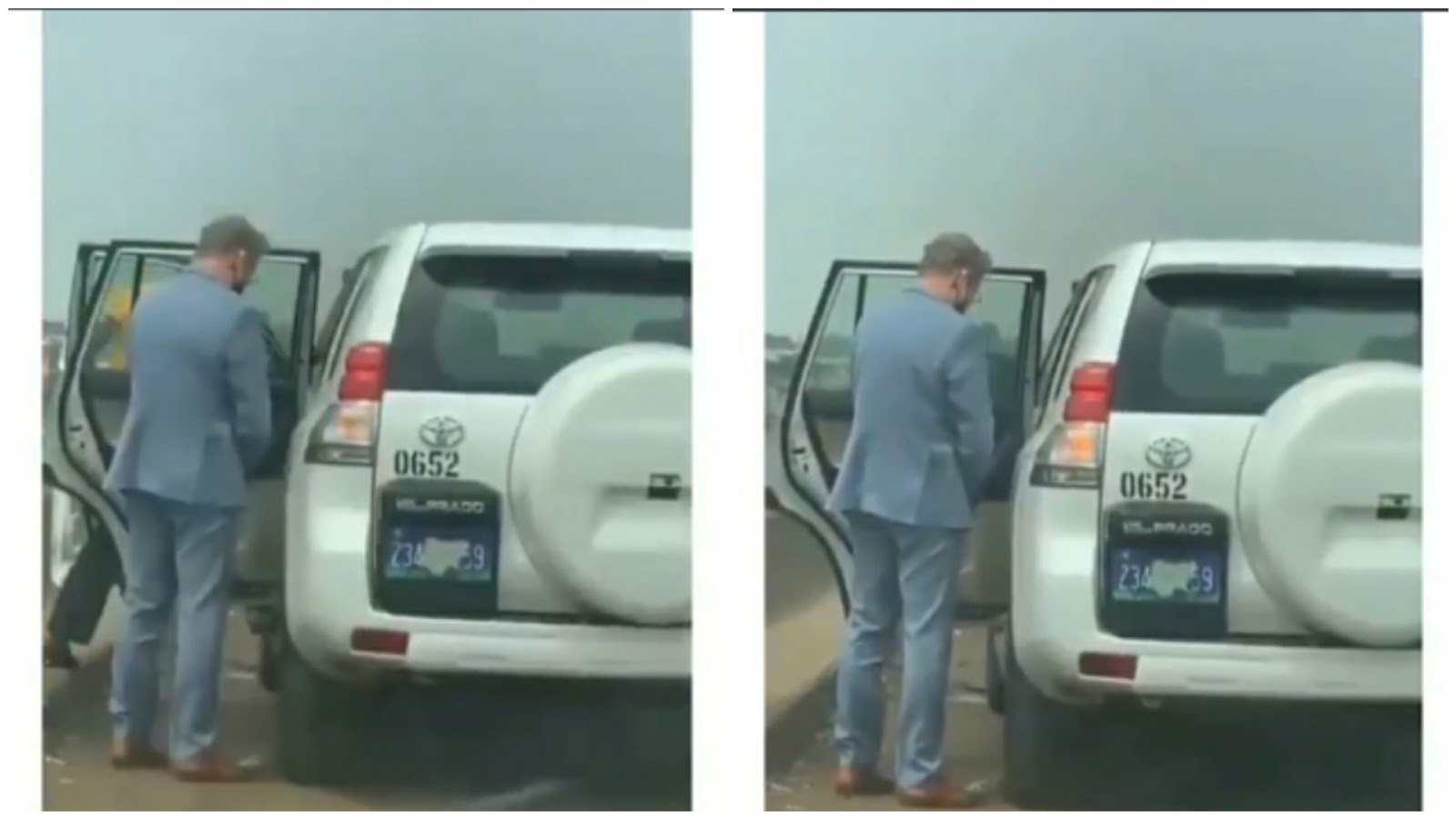 On a viral Video on social, an Oyinbo (White Diplomat) was captured urinating on a public road in Lagos Nigeria.

Angry Nigerians reacted to the video posted by an An unseen but heard man, some blamed the Nigerian driver for allowing him urinating on the road, while some react by saying he can’t try such in his country.

Some said, nothing was wrong with what he did.

(Video) 23-year-old lady buried after being raped and strangled to death by rapist in Ubulu Uku, Delta state