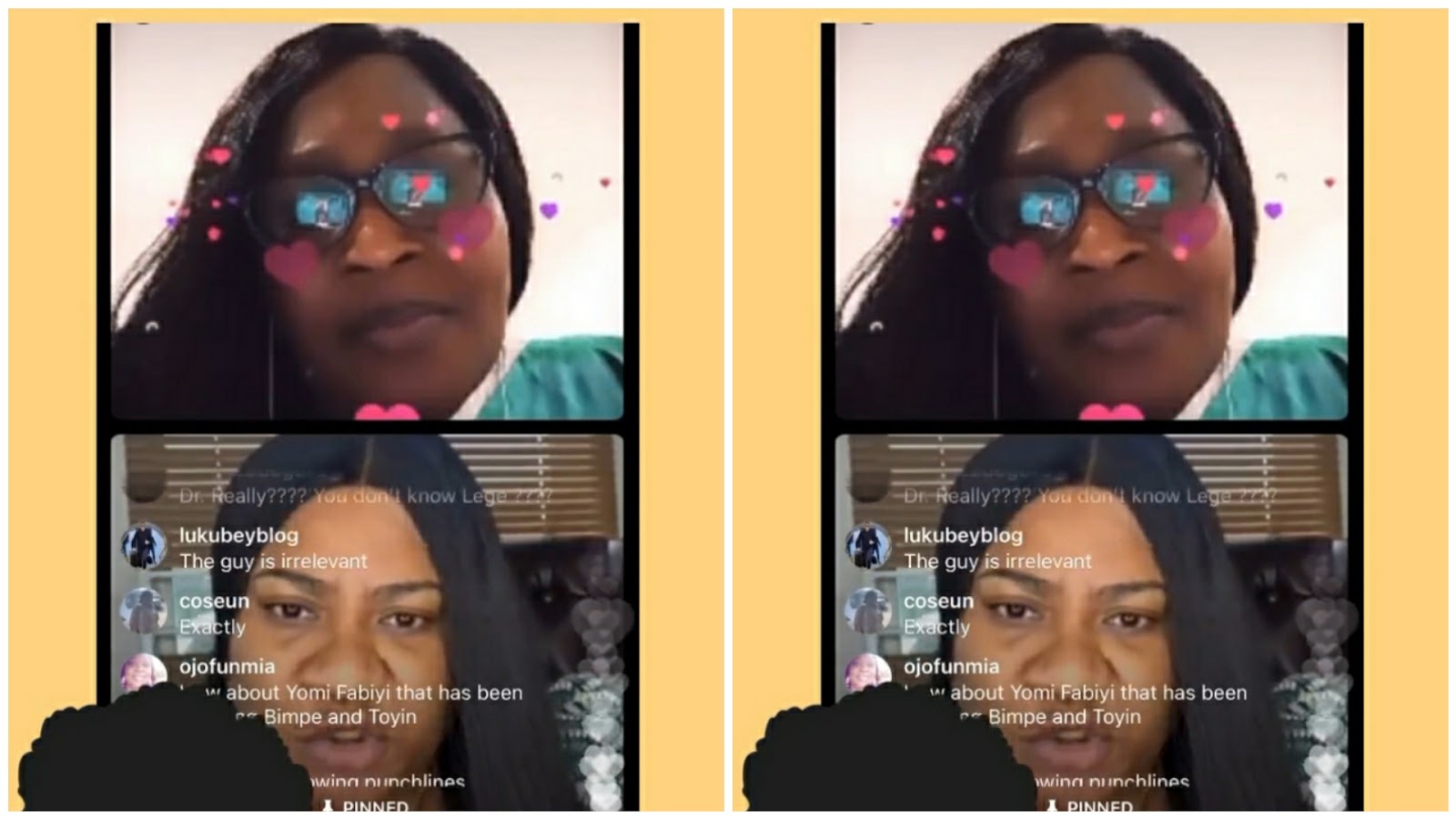 She was suspended alongside Kehinde Adams (Lege Miami), after they both had a little argument about Baba Ijesha molestation saga.

Both Nollywood actresses had little clash on social media some days ago, that led to their suspension.

The attention of the National Body of TAMPAN (Theatre Arts and Motion Pictures Practitioners Association of Nigeria) who saw their attitude to be nonchalant has suspended them from the association.

See what they the association wrote:

“The attention of the National Body of TAMPAN (Theatre Arts and Motion Pictures Practitioners Association of Nigeria) has been drawn to the unruly acts, exchange of detrimental verbal utterances, and other acts that are causing disrespect to the image of the association and our noble profession in general.
“All Guilds under TAMPAN have been directed to henceforth desist from having professional dealings with Sunday Nkechi Blessing and Mr Adams Kehinde (Lege) until further notice. In accordance with the directive from our parent body, Theatre Arts and Motion Picture Practitioners Association of Nigeria, concerning the show of shame currently ongoing between the two practitioners, Sunday Nkechi Blessing and Mr Adams Kehinde on social media, creating a bad image for our noble profession, punitive order becomes imperative to redeem our battered image.”
“In light of the above, it has been decreed that no director from this guild (TAMPAN Guild of Directors) should engage the services of the two actors in whatever guise. To go contrary to this directive is tantamount to running afoul of the law of the parent body, subject to further punitive measures against the lawbreaker! Hope this directive will be wholesomely enforced to the letter.”
Nkechi claim not to be a member of TAMPAN as she went on an Instagram Interview with Dr. Kemi Olunloyo, yesterday.
She also claim not to have a membership card of TAMPAN association and hasn’t attended any meeting called by the association.
See Instagram post below: