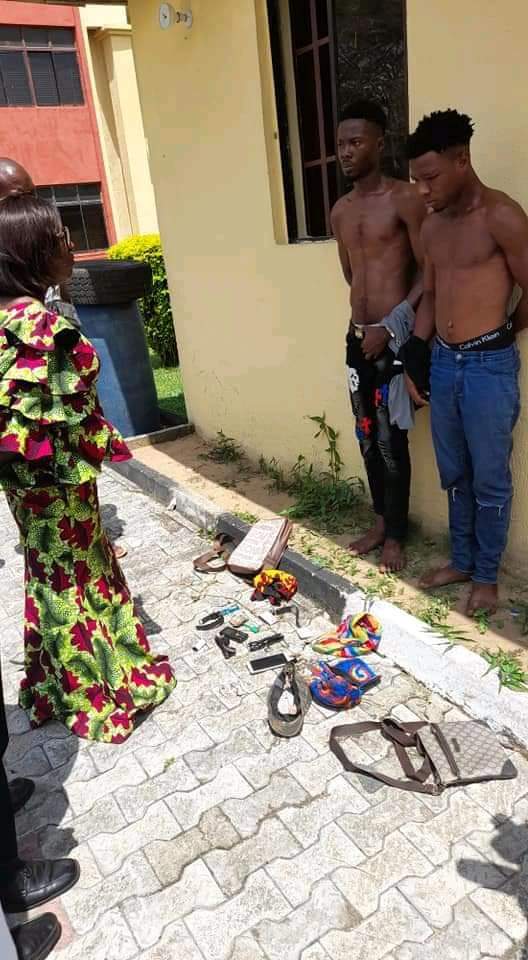 Our source, Office of the Director of Information, Student Union Government
University , of Calabar, Calabar.
SUG/UCC/DOI/037/021 revealed to us two hoodlums  caught by Unical Security for snatching phone from a year one student.

Security Operatives of the University of Calabar has arrested one Mathias Kingsley and Bassey Edet for snatching a phone belonging to a year one student of Computer Science of the University.
The phone, worth N88,000 was sold by the hoodlums for N10,000.
Speaking during the arrest, the Vice-Chancellor of the University, Prof. Florence Banku Obi, advised them to turn away from stealing and engage themselves productively in meaningful ventures that would make them better citizens of the country.

While recounting the destruction of properties on campus by hoodlums who hijacked the #EndSars protest on October 24 2020, the VC said that security personnel of the institution have been trained to effectively respond to cases of emergency on campus.

The VC, who called on parents to always monitor the whereabouts and association of their children and ward, frowned at cases where hoodlums will come from outside the campus to harass students and snatch their belongings from them.

She commended the institution’s security operatives for their prompt response, assuring that the suspects will be handed to security agencies for onward investigation and prosecution with a view to serve as a deterrent to others.
(Source: Director of information, Unical)
See photos below;