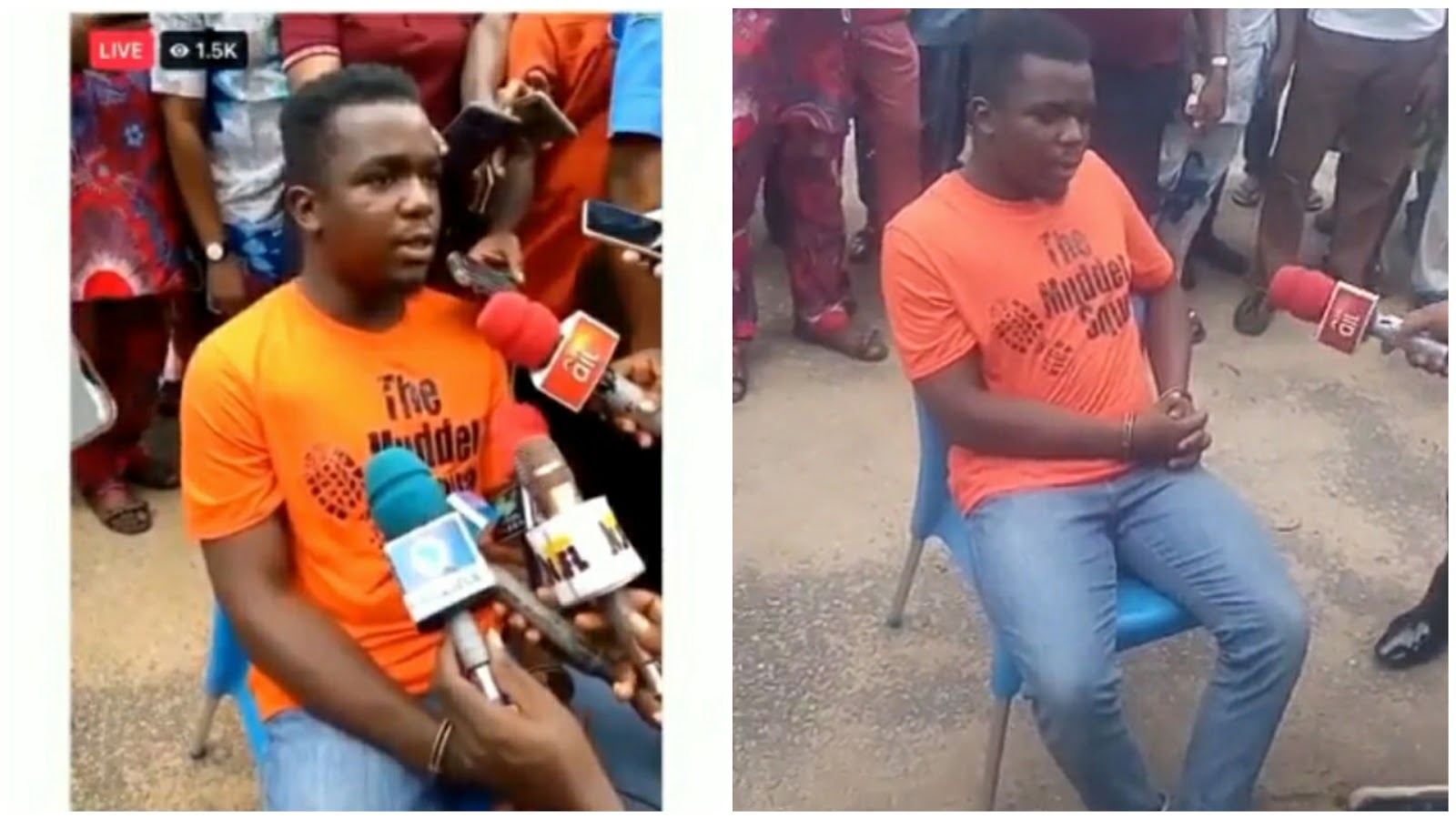 Serial killer and rapist in Uyo, “Uduak Frank Akpan” by name, seems not to say the truth on how he killed “Iniobong Umoren Ephraim“.

An interview was held today in Uyo, where journalist asked Uduak Frank Akpan how he killed Iniobong Umoren Ephraim.

Uduak Frank Akpan and his father assemble for a formal inspection by the police in Akwa Ibom State.

According to Uduak, he claim not raping Iniobong Umoren, he said they had a mutual agreement that he will have sex with the job seeker, for a job offer, as a secretary in  farm which Iniobong agreed on a condition that he will use condom.

On their next meeting, uduak claim telling the job seeker that they was no farm job offer, that he just want to have fund with her on bed, from there, Iniobong fought so hard to run away from him, which she could not.

“I invited her for a job and I asked her whether she can work in a farm as secretary. I told her that I wanted to sleep with her first. She agreed on a condition that I will use condom which I also agreed to. She became furious when I started removing the condom, and she attacked me. I was bleeding so I needed to defend myself by hitting her which lead to her death.”

When the young rapist in Akwa Ibom was ask how many ladies he had raped, he said, he had raped six (6) ladies, but  Iniobong was the first person he killed.