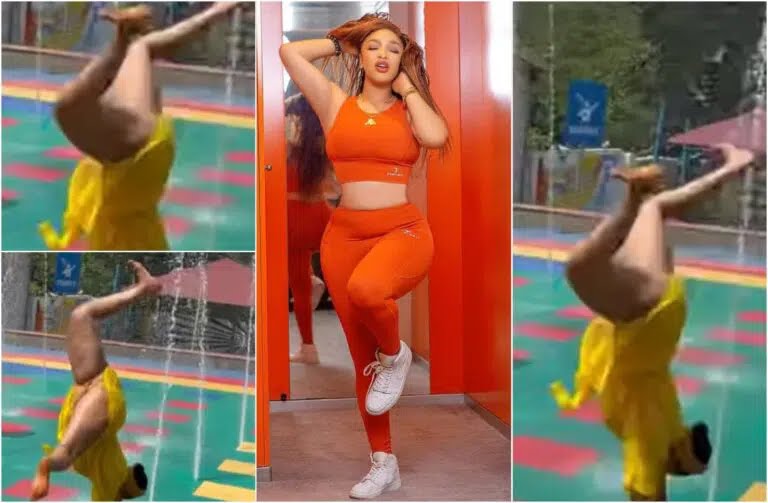 Tonto Dikeh, a Nollywood actress, has been criticized by the internet after she posted a video online showing off her thighs.

Tonto Dikeh had gone to a park with her close friends and son to have some fun, but when trying to execute a summersault, she showed off her underwear, which her followers didn’t miss.

Some viewers on social media questioned how the actress could have exposed such a private area of her body.