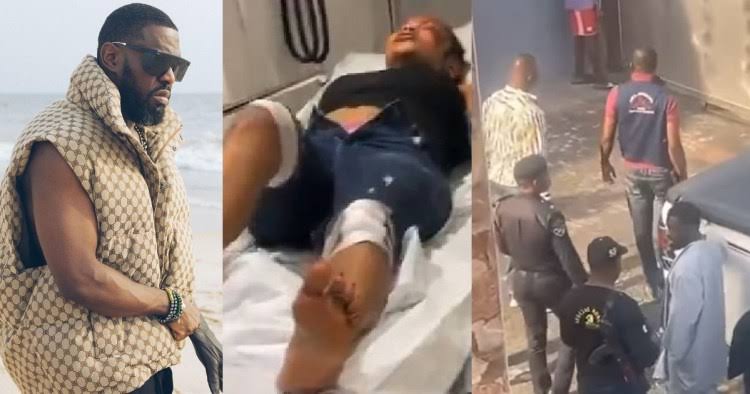 Nigerian singer, Timaya Arrested For Beating Up A Lady He Hit With His Car

According to reports, a popular Nigerian very talented singer violated country guidelines by beating up a lady he hit with his car on the road.

According to a source who claimed to be the victim sister, Osinubi Omowunmi, she said the singer hit her sister’s car and then when confronted, he also beat up the lady (Osinubi Omowunmi Sister) and kicked off his car.

“He is being investigated for a case of serious motor accident.”

@whyte_26, “These celebrities and how they behave. Timaya nearly killed my sister this morning. He hit her with his car and run at Ikate few hours ago.

“He hit my sister’s car and she came down to ask him to look at what he did. This heartless human was asking for number and she told him he would block her. Instead of @timayatimaya to do the needful, he hit my sister with his car and ran away.

“She is at the hospital right now in serious pain and the funniest part is that I messaged him on Instagram to do the needful, but this wicked fellow blocked me after reading my message.”