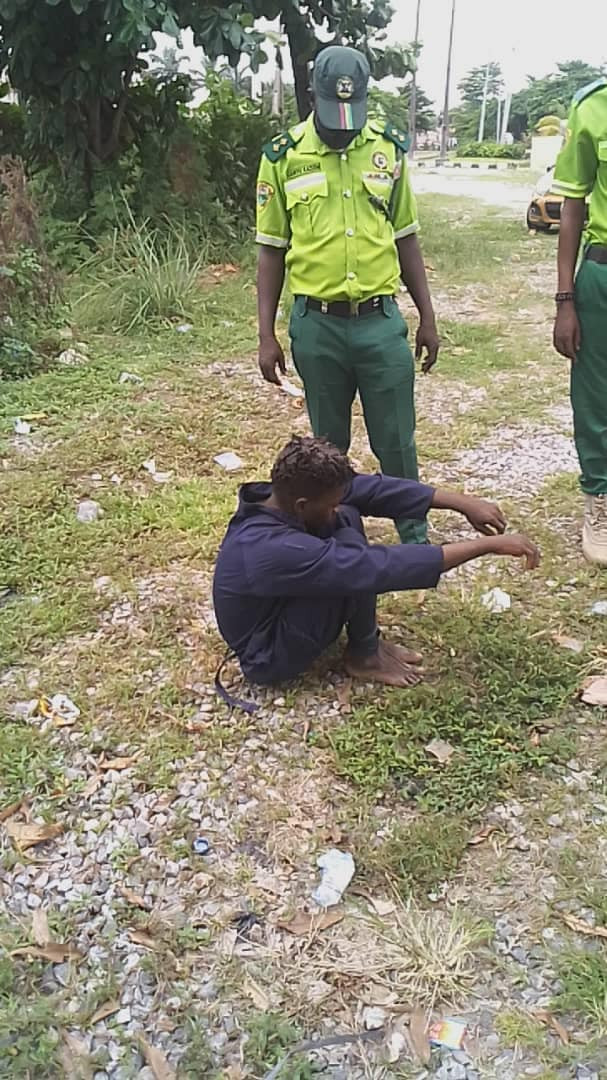 It was gathered that the suspect who disguised in a safety & utility overalls is in the habit of stealing covers which houses the garden lights and selling them at to his unsuspecting customers at cheap prices.

He has since been handed over to the Police for further investigation and prosecution.

This is coming after a suspected phone thief and a POS robber have been caught, killed and set ablaze by vigilantes in Ughelli, Delta State.

One of the suspects, said to be a professional phone thief, was reportedly caught after dispossessing his victims of their valuables at a building housing Kabaka Printing Press at Ekiugbo area on Tuesday, June 29.

According to an eyewitness who spoke with Nigerian Tribune, the suspect sneaked into one of his victims’ make-up store with a toy gun at 9:15am.

The store owner who was observant noticed that the suspected “armed” robber was carrying a toy gun and immediately grabbed him, while screaming for help.