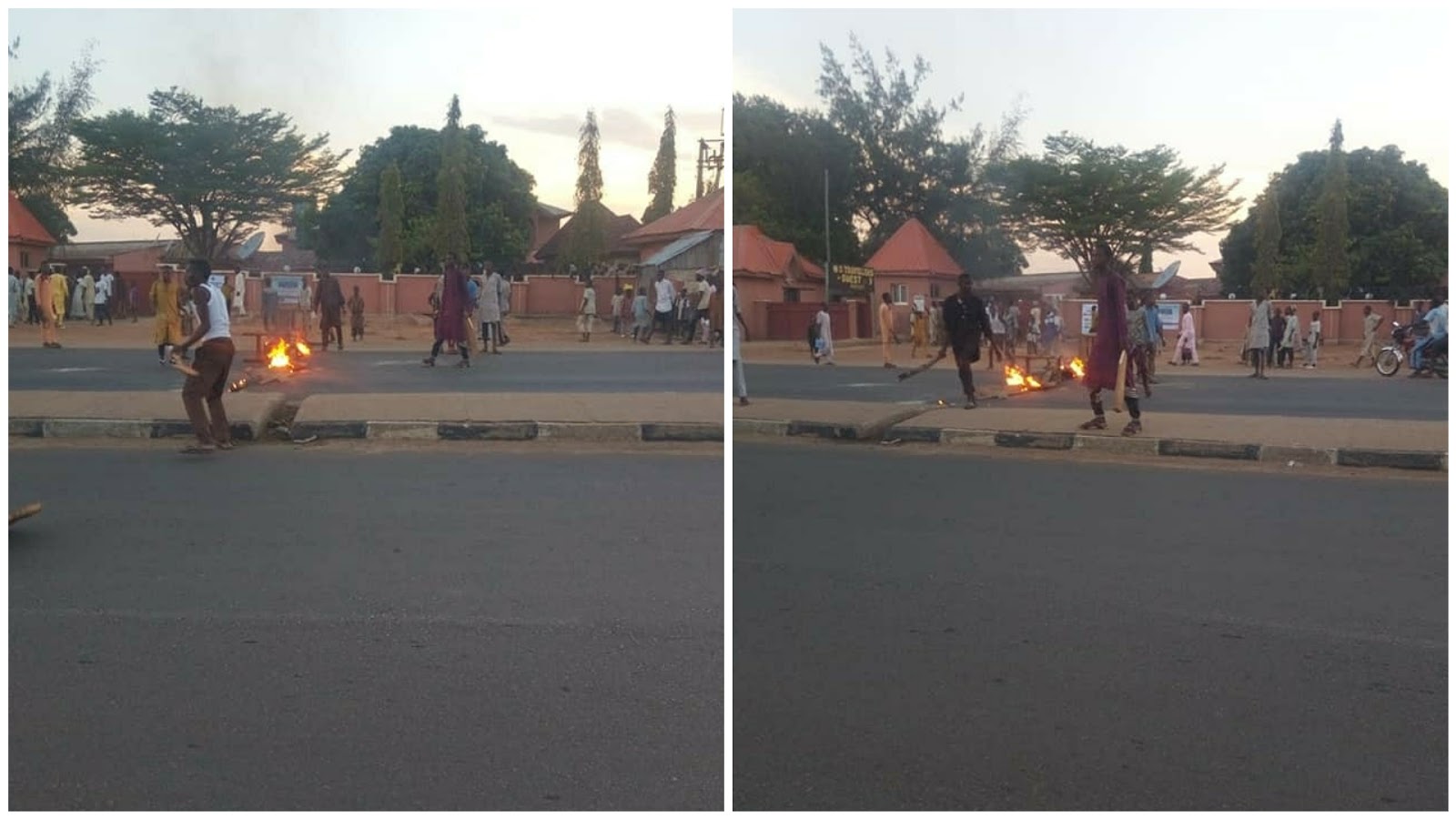 Angry youths and other fruit sellers in Zamfara state react to misconduct by Army officers, they blocked main roads in Aebasu Road, Gusau, Zamfara state and stopped vehicles from using the road.

Father of the deceased, Alhaji Mustafa Musa, told PUNCH NEWS about the incident, he said two soldiers who bought a bunch of banana’s fro, his son, demanded for a free banana bunch, which led to a contretemps.

See what he said:

“Soldiers in Aebasu Road, Gusau bought a bunch bananas for N300 and instead of them to take the one they paid for, they also took another one and wanted to go with it, but my son did not allow them to do so,” he narrated.
“When they insisted that they must go with the bunch of bananas, the fruit vendor rushed to the police station, which was very close to the scene of the incident, and reported the case and the two soldiers were arrested, but they were released shortly after.”
Mustafa said that after the soldiers were released, one of them went home, fetched a gun and returned to the scene and allegedly shot the fruit vendor.
The grieving father said that he reported the issue to all relevant authorities, including the Human Rights Commission, so that action could be taken against the soldier, who killed his son.
“I have reported the case to the concerned authorities and I will not rest until the soldier is punished to serve as a deterrent to others,” Mustafa added.

This sad news was confirmed by Spokesperson of the State Police Command, SP Mohammed Shehu.

Photos of Gusau Youths reacting to Soldiers in Aebasu Road, Gusau misleading act are seen below: