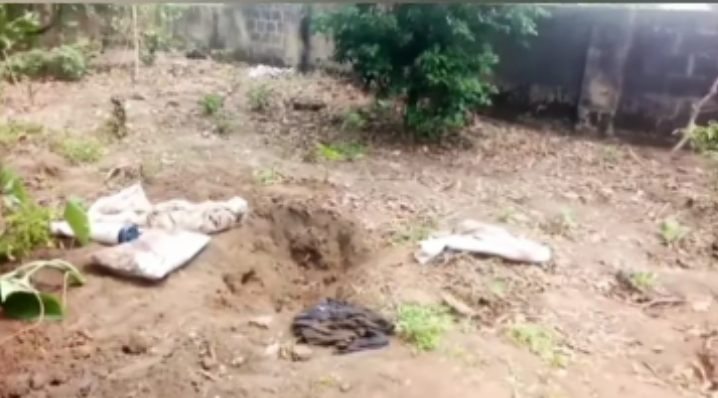 The girl who was raped till dead some days back, was actually buried by the murderer, Uduak Frank Akpan, and his family members in Uruan, Akwa-Ibom.

“Uduak Akpan has confessed that his father started the kidnapping and killing business for so many years now, before introducing him into it. They kill people to sell their body parts. And they’ve been doing this together for many years. He has killed many. There are so many bodies buried in that shallow grave!!!!

If you were told people, human beings that God created, sell body parts in your neighborhood, in Akwa Ibom state, would you believe?
This is so inhumane and scary oh Lord!
More confessions coming by the power of God none involved in this will be spared.

The family of the girl who was killed are currently rioting outside the police station, demanding the body of their daughter, which the police said had been dug up and deposited at the university of Uyo teaching hospital.

However, the family is dissatisfied and demands that their daughter and sister’s bodies be returned to them right away to ensure that nothing suspicious is going on.”