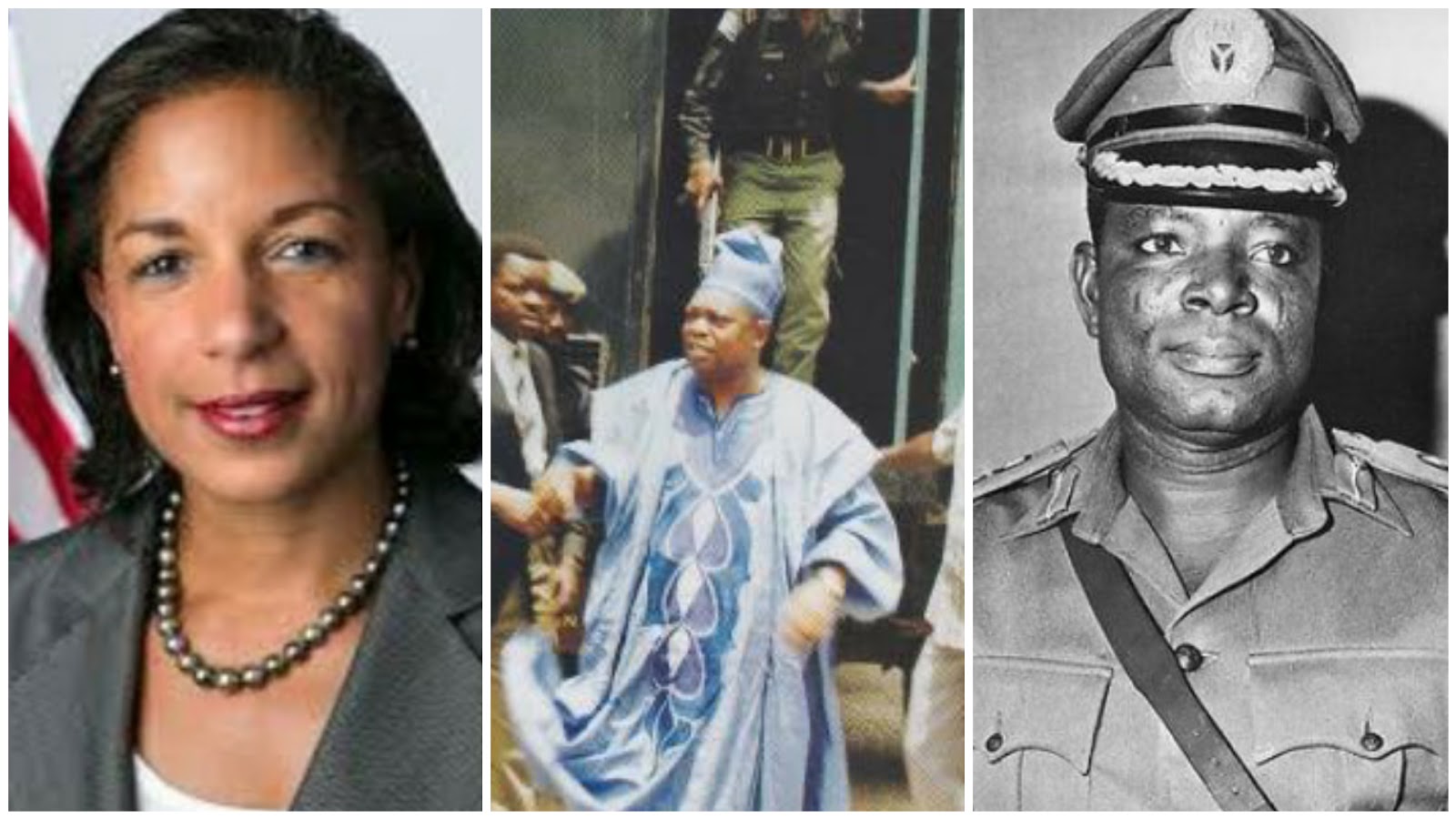 Finally, Chief Femi Fani-Kayode has revealed who poisoned M.K.O Abiola while he was in prison.

According to him, he says Susan Rice was the person who served the tea, which had poisoned in it to M.K.O Abiola in jail.

In his Statement He Said,

“We are celebrating & immortalising MKO Abiola but we are not demanding for the unmasking, arrest & prosecution of those who murdered him. We know that Susan Rice, who was then @BillClinton’s Under-Sec. of State for Africa& later @BarackObama’s NSA served him the poisoned tea ..that killed him but this happened under the watch of Gen. Abdulsalami Abubakar who was Head of State. Both he & his NSA, Gen. Abdullahi Mohammed, know more about the murder of Abiola& why “he had to go” than anyone else& they probably approved, ordered& helped to effect it.

“..Why is the system protecting them & why have they not been unmasked brought to justice? MKO was a hero & a martyr for democracy. Do we not have an obligation to bring his killers to justice? Must we always cover up and protect men with innocent blood on their hands?

..such men & hold them above the law? We can celebrate Abiola as much as we like but as long as we fail to bring his killers to justice it means nothing. The fact that we have refused to do so is a reflection of our cowardice, hypocrisy & double standards.

“..What is wrong with Nigerians as a people? Why are we so weak when it comes to demanding for justice for the voiceless & those that have been cut short? Why are we so comfortable with evil & bloodthirsty men who delight in shedding innocent blood? Why do we always celebrate

“..I hereby call on the Buhari administration to open a formal investigation into the murder of MKO Abiola &, no matter how highly placed, to prosecute & bring to justice ANYONE that was involved. I also call on them to ummask & prosecute those who murdered Gen. Sani Abacha.”