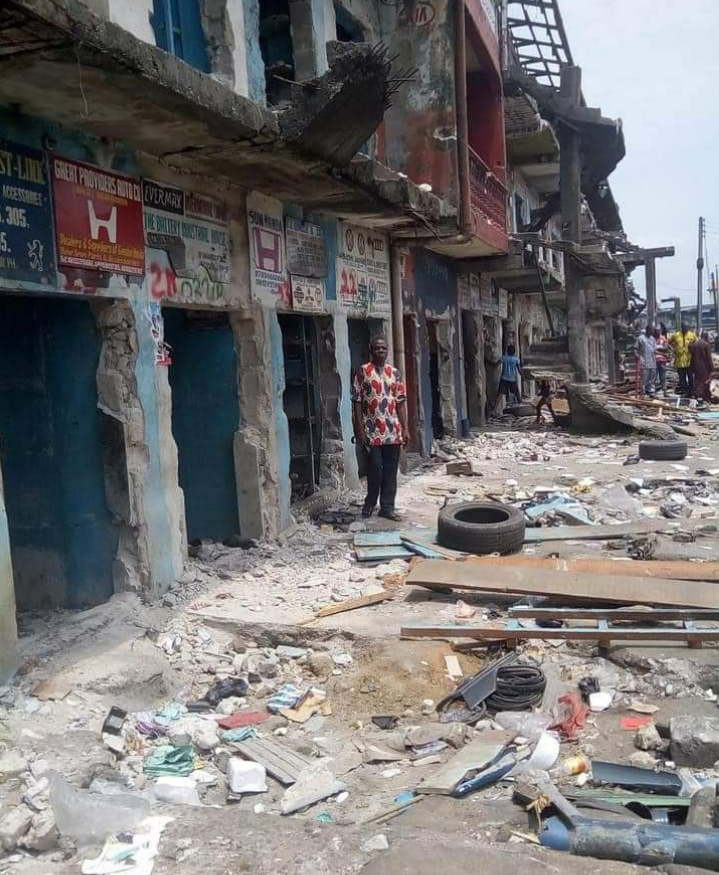 According to reports reaching multiloaded earlier today, has it that Ikoku Spare parts market, Rivers State has being demolish by the state Government.

According to traders in Ikoku Spare parts market, the State Government wants to construct a flyover bridge there.

It was reported to Multiloaded that the destruction was ordered by River State Governor, Nyesom Wike.

A lot of traders are on pains and depression as their one source of income have being taken off from them.

The traders are sadden toward the government action, the demolition started yesterday till this morning.

Photos and videos below: