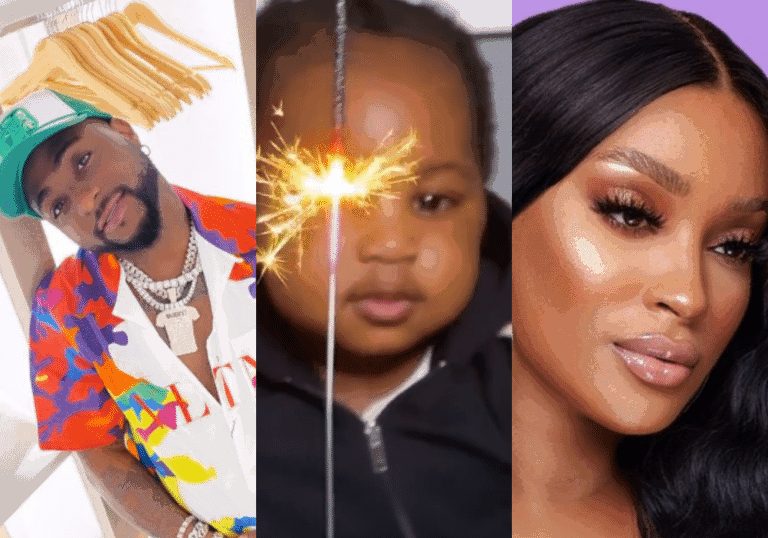 It became hot, as the result to the DNA test conducted on Dawson in September 2021 , revealed that top Nigerian singer, Adeleke Davido is the biological father to Dawson, Larissa London’s son.

The DNA test stated that Dawson Adeleke is the real son of Davido, despite the fact he had denied it severally in the past.

This was revealed by an an accurate and a very trust worthy blogger, Cutie_Juls.

If you can recall way back that Chioma blows hot when she discovered that Davido Adeleke and Larissa London secretly dated, though nobody believed her.

The YouTuber and cosmetic products mogul, Larissa who had a secret affair with Davido based in London, United Kingdom.

Cutie_Juls wrote:
“Ladies and Gentlemen, your amebo headmistress presents to you… Mama Dawson Adeleke and Papa Dawson Adeleke
Legit sources from London, UK confirms our superstar, Davido to be the biological father of Larrisa’s son, Dawson.
“The source says the DNA test was conducted somewhere last month when Davido was in London. The results showed that Dawson is Davido 100% biological son.
Omo, E be like this October na make up month, September was too full of vawulence.
Abeg, who dey follow Cutie go omugwo for London. Shebi Una dey remember say we had to put omugwo on hold abi? Now the road is clear now. Oya, online in-laws make Una pack your bags, we dey go do omugwo for London.