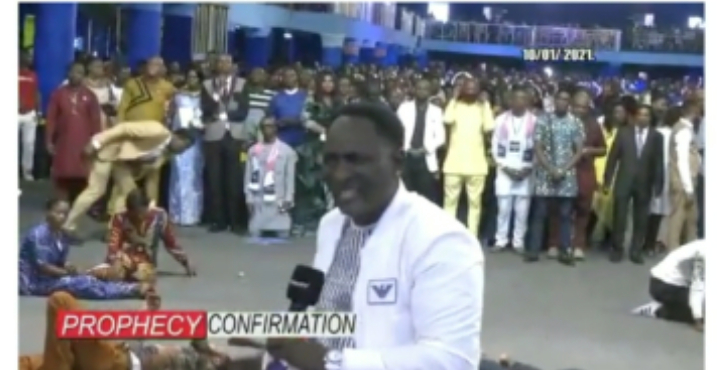 Powerful Prophet  Jeremiah Omoto Futeyin prophecy during a service ministration with his congregation about Aso Rock finally comes to pass.

According to Prophet Jeremiah’s prophecy on January 10, 2021 in his main church, he said he sees “confusion” and “commotion” in Aso Rock.

Some days ago, it was reported that arm robber had attacked Aso Rock and the residence of Chief of Staff, Professor Ibrahim Gambari, this brought about confusion among the entire household and securities.

Let’s us pray for Aso Rock.
I want to pray.
I’m praying for you, Aso Rock.
I’m seeing problems, commotion.
There’s confusion that’s coming, so let’s us pray.
So that let God take. control of that problem that’s coming.
Confusion is coming to Aso Rock this year.”