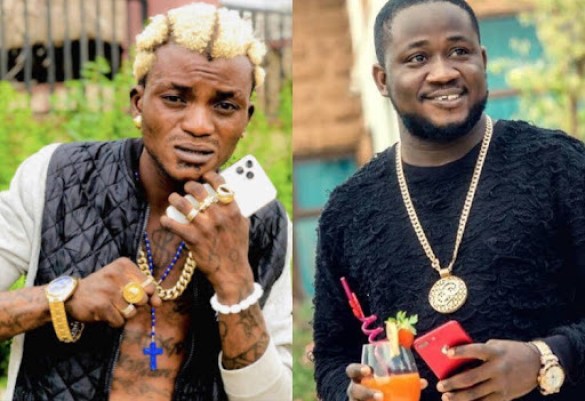 Portable Fights His Promoter Kogbagidi Over Claims Of Being ripped

Zazoo zeh crooner portable accused his promoter Kogbagidi for using him again, demand for his car that was gifted to him few days back.

On a viral video, Portable was seen with a lengthy wood, threatening to destroy his manager SUV car, if his his car wasn’t given to him.

This period should be a moment that should be celebrated not to fight, as Portable just released another amazing masterpiece,  “Ologo Forever”.

Not too long the Zazu Zeh crooner calls out Poco Lee of ripping him, he has as well called his manager a riper, we’re not sure about this, it might be publicity stunt, it might be true. Let’s hear from you on the comment section below.

Meanwhile watch the Vida video below!