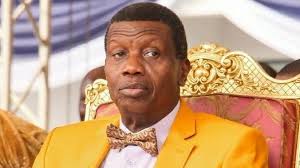 Pastor E.A Adeboye has reacted to the minister for information claim on prosecuting him and other Nigerians who continued to use twitter after the Federal government ban.

From his tweets on his handle, it seems the pastor won’t stop posting on his twitter page. He went further to say that the church has branches in over 170 countries of the world, and his tweets is in compliance of the Article 19 of the United Nations.

With this tweet, it’s quite evident that a lot of people will also stand up to their right.