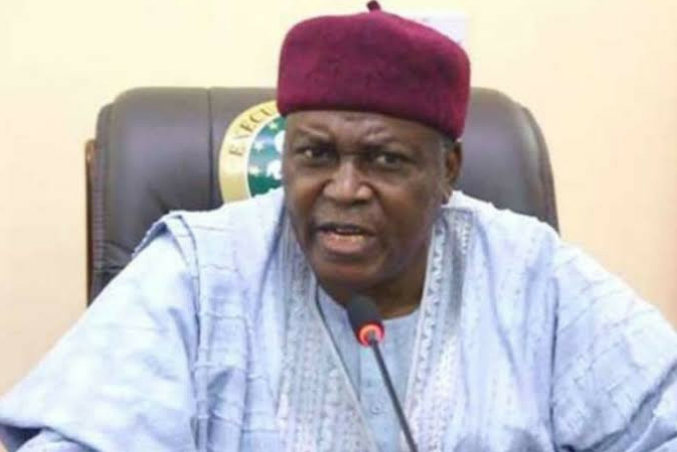 He claims the northerners doesn’t need regional security outfit just like the the East with Eastern Security Network (ESN) and the West have with Oodua People’s Congress (OPC).

He said the military should be the stopgap when it comes to securing a country and federal policing will never work in a country as multi-ethnic as Nigeria.
“The Northeast is not contemplating a regional security outfit. I, for one, don’t like the idea. But like I have always said, we need a state police. ” Ishaku told Sunnewsonline in an interview published Monday, May 31.

“I have said it time and again that the constitution has been shortchanged. The US, where we copied our constitution, it is written and established that they have local, state and federal police and they complement one another.”

” They never bring their military to address situations in the country. They go to war externally. But here, the vital components of state and local police are removed. I am called Executive Governor. What am I executing if I cannot implement the decision I take with the troops under my command.

How can the federal police hope to be all over the nooks and crannies of the country to forestall breakdown of law and order or to even address security challenges as they arise? It will not work. It has never worked and can never work. The sooner the state police is enacted, the better for all of us. And it is not just the state police. As soon as I get the state police, I will initiate the local government police because they go in stages.

“There are crimes that are local; some are state and some are federal offenses and you deploy the right unit to address these issues appropriately.”

“It is only on the last resort that you bring in the military. Like the insurgency in the North East, you need the military to come in and flush it and they should be in a position to do this. It is a disgrace if a country’s military cannot flush out insurgency.

“It is a disgrace to all of us. So, the issue is that we need the state police. We need the constitution to be amended and here in the North East, we don’t need regional security outfit. It may work in other regions but here we are gone pass that.

“It is insurgency and so it needs superior power and that should be the military of the country which should be in a position to come in and defeat them if they are properly equipped and funded.”

“If the Nigerian military could go to Congo, Sudan, Sierra Leone and others and excel there, why are they not excelling in Nigeria in containing the insurgency in just one region of the country? That question must be answered for the country to be peaceful.”