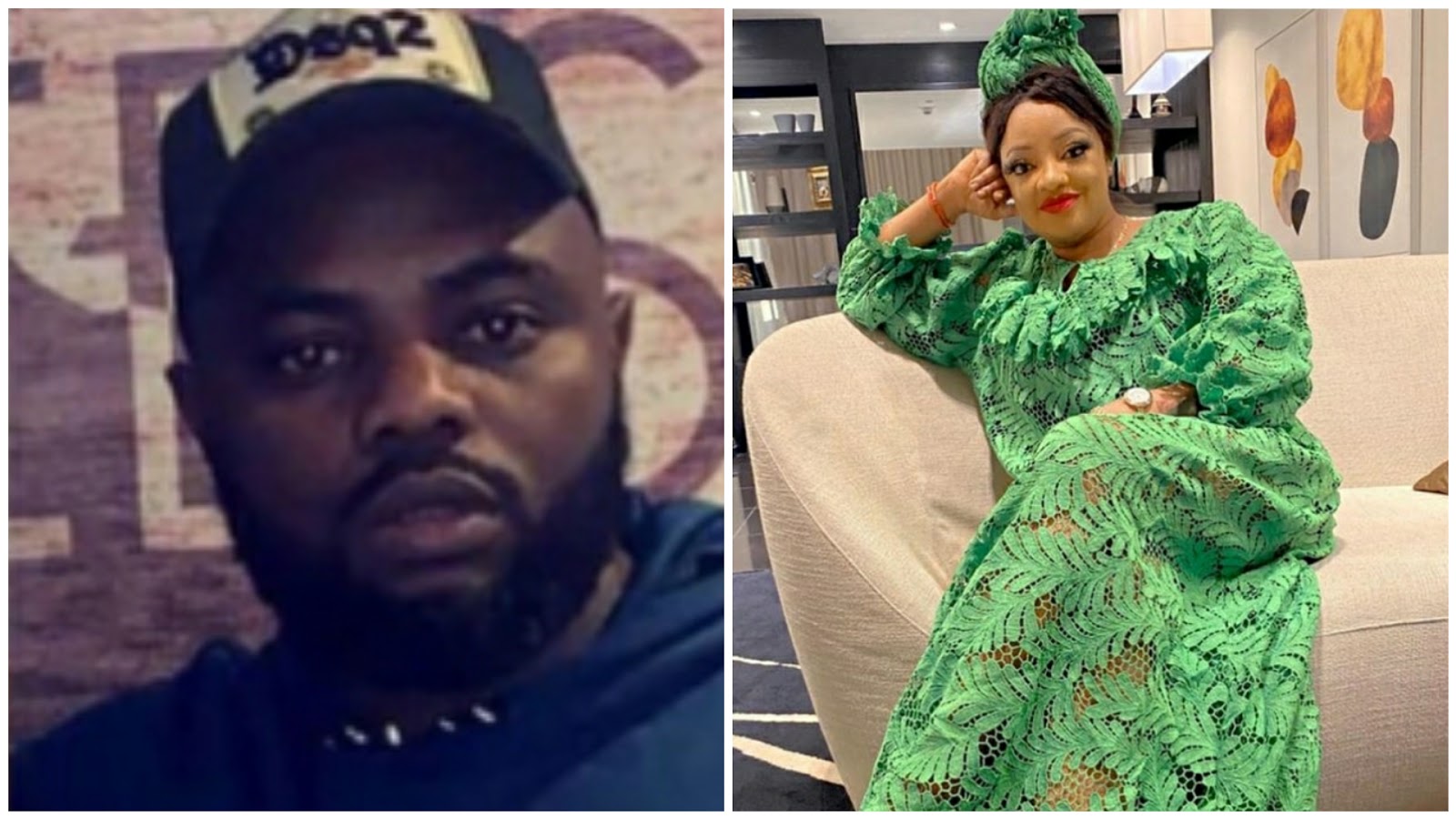 Ay Teddy wife is a very strong religious muslim woman who reside in London, United Kingdom with her kids.

Sotayogaga and Ay Teddy who started dating in January 2020, ended up as “husband and wife.”

Angry source calls Tayo Sobola an evil woman, he also disclosed that, “Kayanmata” might have been involved for Sotayogaga to have successfully took him away from his wife.

See what the source said:

“The husband that evil woman has been hiding is Ay Teddy, who left his wife and kids in London. Thank God that his ex-wife isn’t jobless, it would have been difficult for her. She snatched someone’s husband and that’s why she can’t show his face. That’s Ay Teddy’s picture. Both of them have been dating since each other since January 2020. For Ay to have married her, she did something spiritually.”