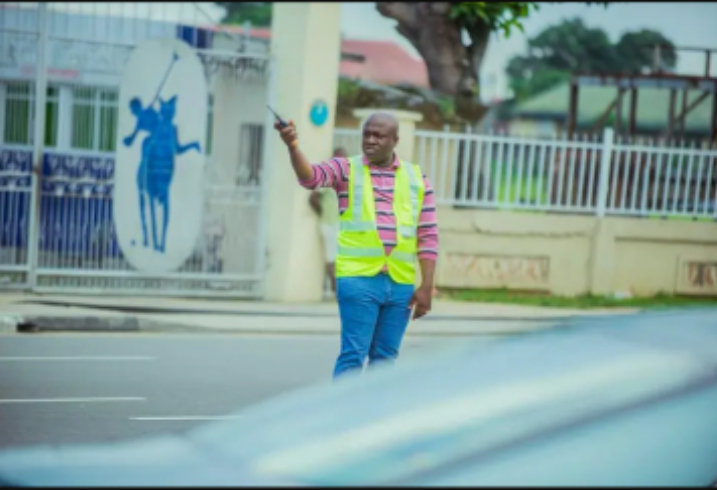 On a viral picture, Mr Markson Chinedu was dressed up just like a road safety officer on a major road in GRA area of Port Harcourt, Rivers state on Tuesday, May 11.

Chinmark CEO, marksman claimed not to control traffic for entertainment but motivate others in changing their immediate environments one step at a time.

“If we all seat like kings there will be no change, GRA Port Harcourt was blocked this evening all round, I instructed my protocol to stop, sent the security ahead to clear other junctions while I handle this one. Movement was eased and the street smiled a little.It is not for show but to motivate you in changing your immediate environment one step at a time, we are all we have. All we have God gave us.”