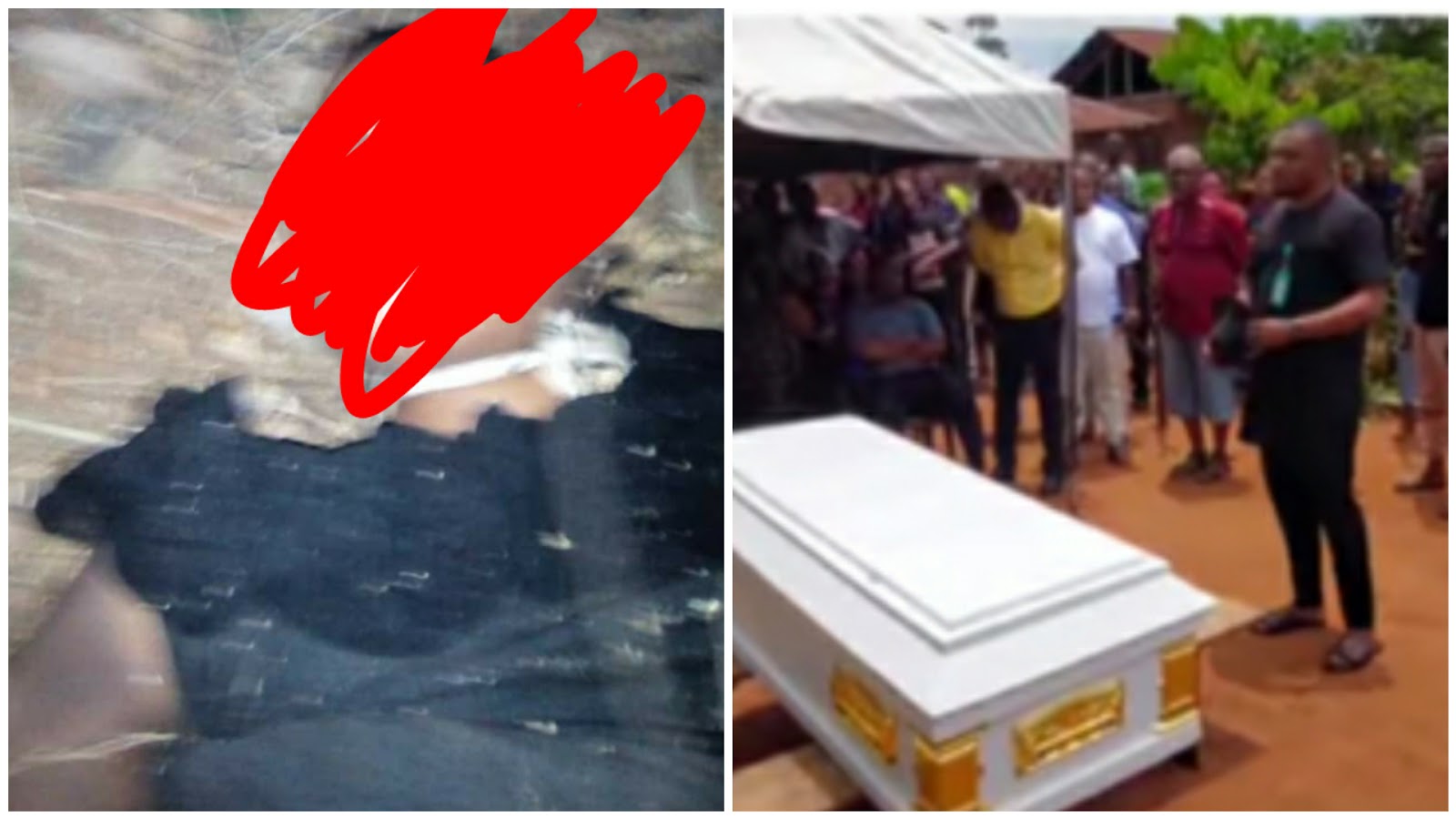 23-year-old lady buried after being raped and strangled to death by rapist in Ubulu Uku, Delta state.

A 23-year-old Delta state lady, Joy who was assaulted and strangled to dead on May 10, 2021 by rapist in Ubulu Uku, Delta, has being buried, her remains was found in the bush where rapist hid her.

Also read: A small girl in Issele Uku, Delta state was raped by her so-call Uncle and six others.

Rapist responsible for her dead haven’t being found yet, but the police and vigilante in Ubulu Uku are still searching.

The rate at which young girls are raped in Delta state is becoming something else, a source cried out to the Government of Delta state and also the community leaders in Ubulu Uku.

“23 year old Joy was abducted, raped and murdered in my community, Ubulu -Uku, Aniocha South LGA, Delta State.
Today, we bid her farewell and use the opportunity to call the attention of his Excellency Governor Ifeanyi A. Okowa over the alarming rate of Rape and Sexual Abuses in Delta State.”