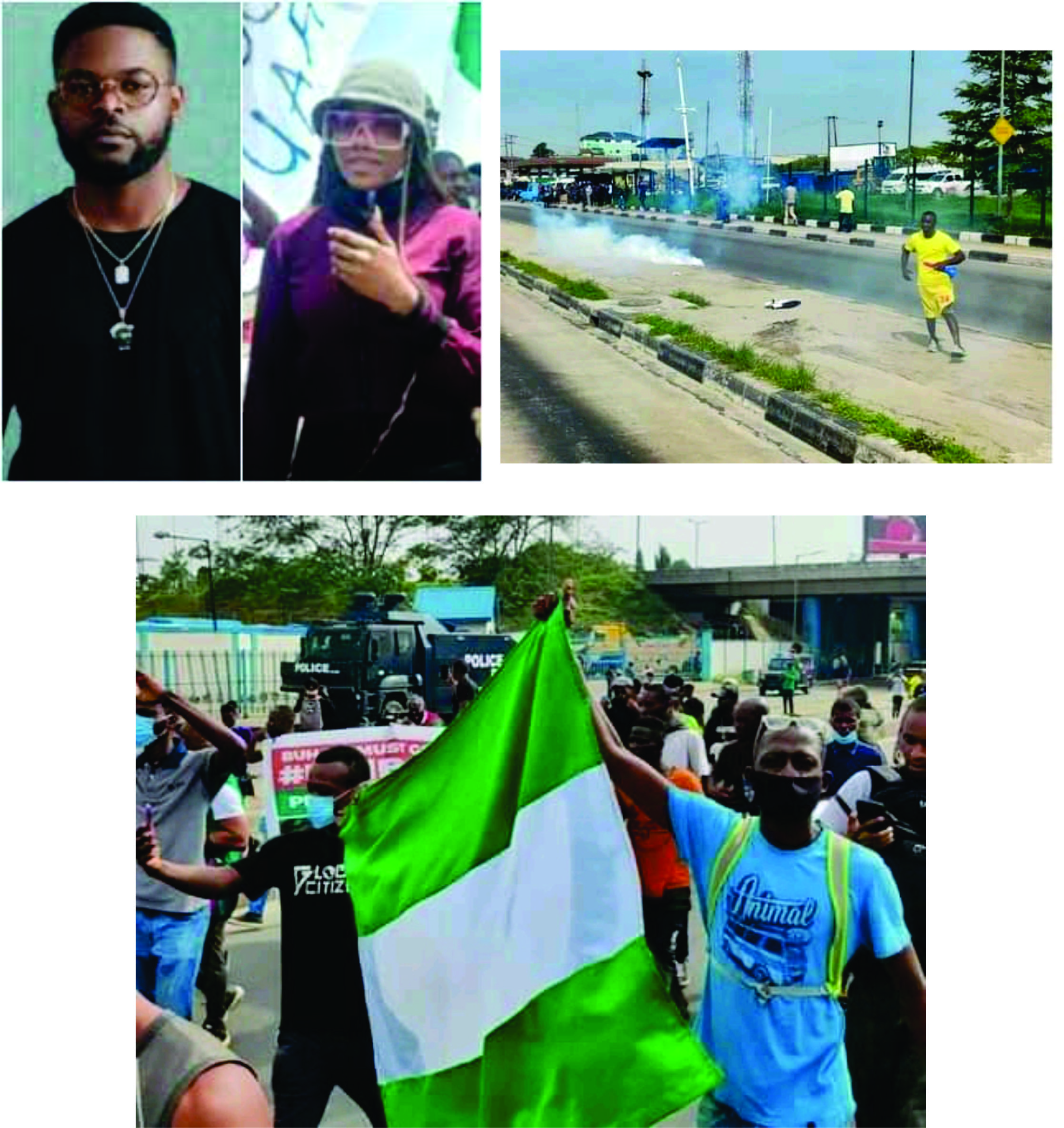 It had been concluded amongst Nigerians that there would be a protest again the bad governance in the country, on Democracy day. A lot of people showed up for the protest to show how fed up they are at the whole Buhari regime.

A popular slang, and trending hashtag used to protest both online and offline is #Buharimustgo , this used to send a message to the president that he should resign from office.

Amongst the people that went out for the protest is the popular BBnaija star, Tacha, she joined the protests in a bid to also express herself.

Below are pictures from the protest: