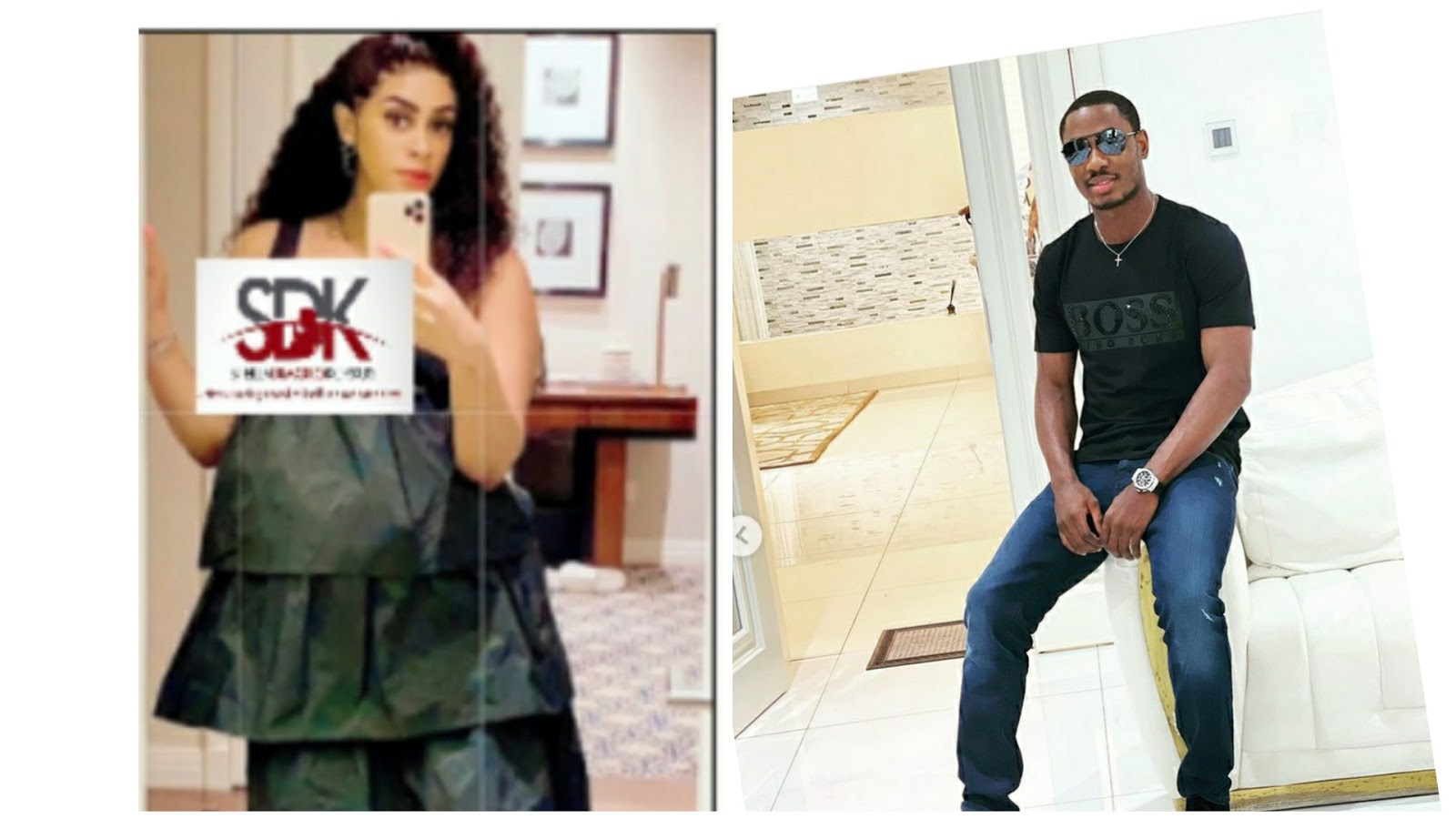 Information has it that Jude Ighalo Odion  baby mama in Dubai had given birth to another child for her Nigerian man Jude Ighalo.

Stella shared a photo of Jude’s baby mama on Instagram as she announced the coming of her new born baby boy she had for Jude Ighalo Odion. Stella said the babymama is from Sierra Leone, but lives in Dubai.
She wrote:  “Footballer Jude ighalo welcomes 5th child with Girlfriend
This beautiful Dubai based lady is the latest baby mama of footballer Jude Ighalo who his estranged wife Sonia called him out for on Friday.
“Stella went digging and sources presented Dubai based new mum called Memory as the woman Sonia is referring to…
Memory who is from Sierra Leone welcomed a son with the Footballer in February 2021.
Una congratulations oh.”
After sharing the information, Caroline dropped a reply under Stella’s comment section, which she has now deleted. According to Caroline, she says that the lady isn’t Jude’s babymama. She only named her son after Jude’s last name. Caroline also said that the alleged babymama of Jude is from Zimbabwe and not Sierra Leone.
Carol also said that the lady (babymama) isn’t suing Jude, rather the lady has been sued in Dubai, UAE, over Larceny, forgery and home invasion by Jude.
Caroline wrote: “Your description is inaccurate my dear. The lady is from Zimbabwe and is by no means Ighalos girlfriend. In fact she’s being sued here in Dubai for larceny, forgery and home invasion. Just because you give your kid someone’s last name doesn’t make it their child. You guys must fact check before posting.”