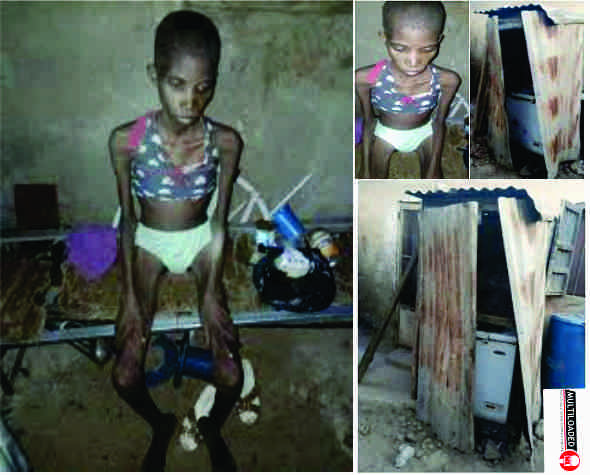 Joy Emmanuel, a young girl of 12 years old has been rescued by the police after been caged by her guardians in their own compound.

The girl was said to have been caged for that period of time by her guardian, Emmanuel Bassey and his wife Esther Emmanuel.

The girl was said to have been starved for eight months, and caged wihout food, also made to excreet on herself.The reason behind this was that she has mental problem, which was confirmed otherwise when she wass taken to a specialist.

When the police got there, they said she was too weak to move, she was lean and skinny.

The issue has been taken up by NAPTEP for further investigations.