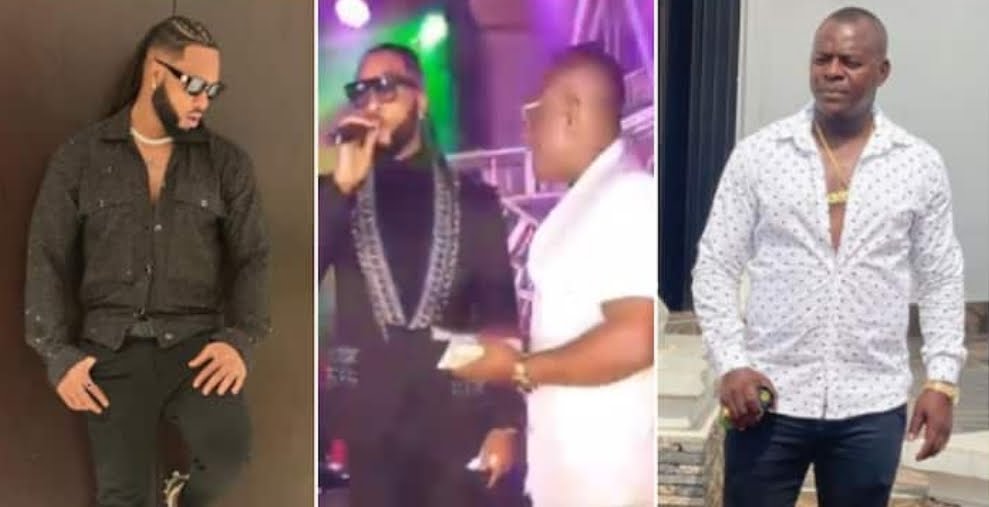 On the viral clip, Flavour was seen on stage singing to a popular highlife when Onyenze Amobi woke up to the stage to spray money on him, at first, everything was going smooth not until Onyenze made an attempt to spray money on Flavour’s head, which he rebuke immediately.

Watch the video below;