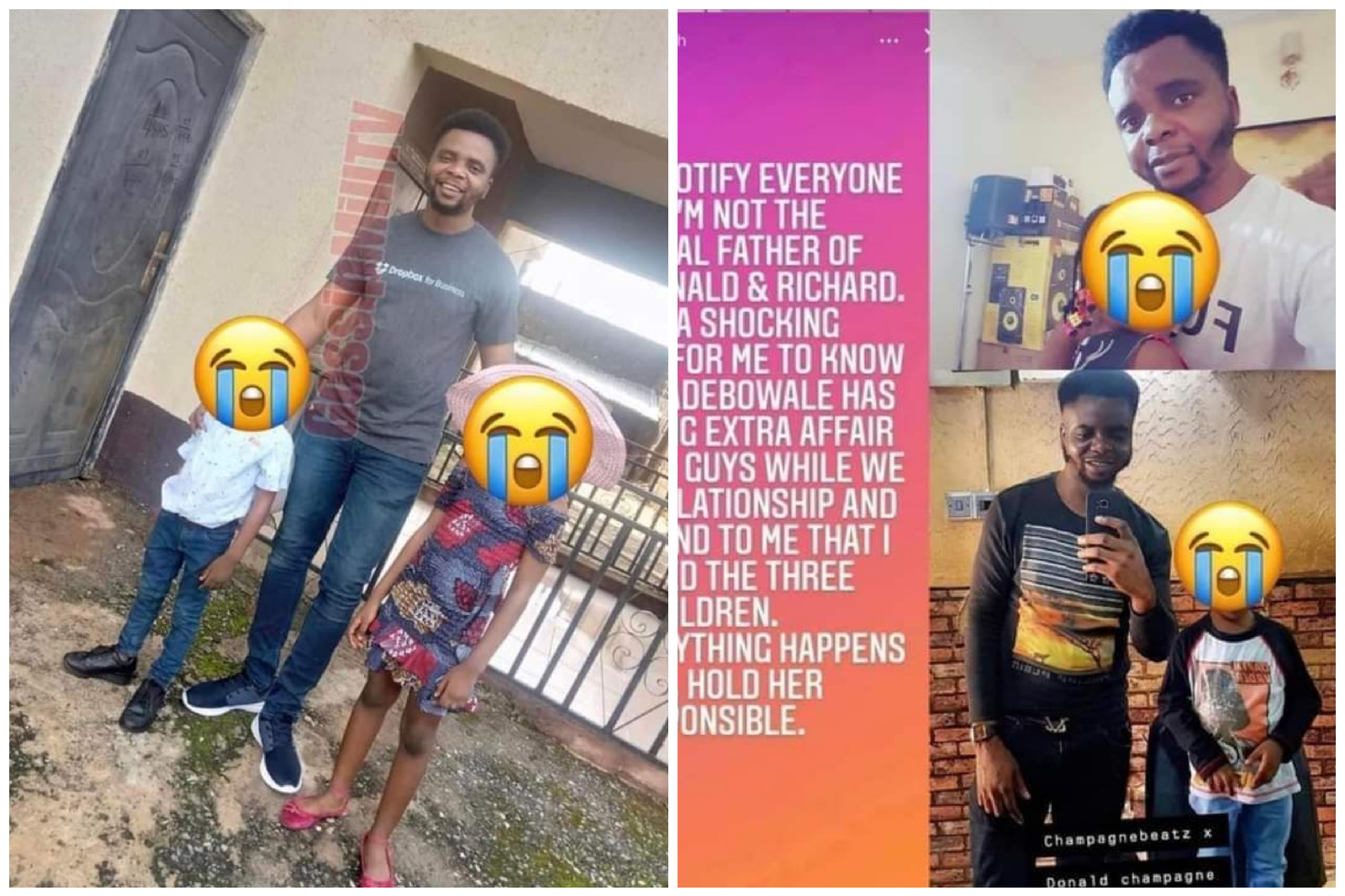 Nigerian music producer, Champagne Beatz, has drawn public attention to his personal life with his ex-wife, Yemi Adebowale, by revealing that after undergoing a DNA test, the results show that his children, Favour, Donald, and Richard, are not his real offspring. Champagne Beatz claims that his wife has been having affairs with other men while under his roof.

This sad news was shared on Instagram by Champagne Beatz, read what he said;

“This is to notify everyone that I’m not the biological father of Favour, Donald and Richard. It was a shocking discovery for me to know that Yemi Adebowale has been having extra affair with other guys, while we were in relationship and she pretend to me that I fathered the three children.

“None of My 3 Children is mine as my spouse, Yemi Adebowale has been sleeping with different guys.

DNA test confirmed that I fathered none of them.

This is pure wickedness! Hence, if something occurs to me, maintain her accountable.”