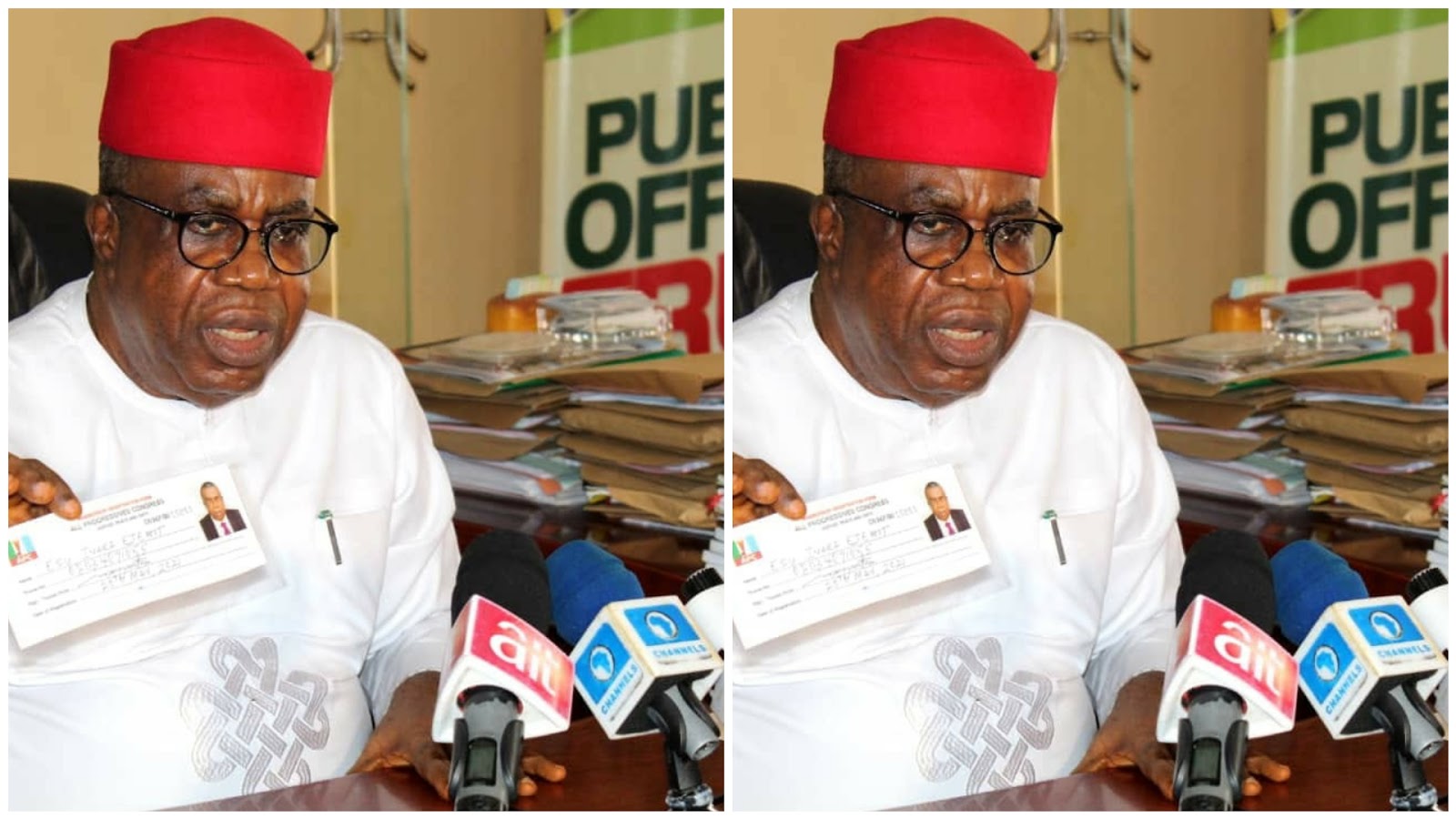 As the Cross River Deputy Governor, Prof. Esu move over to APC, he pleaded to Crossrivarians to maintain peace and orderliness despite their diverse political parties and believes.

Deputy Governor, Prof. Esu had an interview with journalists on Monday, May 24, at the Government House, Calabar, as he expresses himself.

Cross River Deputy Governor responded to disagreement related to his defection to APC with his Principal, Governor Ayade, he said:

“Shortly after my Principal announced his defection, I went to my ward, Agwagune/Okurike in Biase Local Government Area to formally register as a member of the All Progressive Congress -APC on May 20, 2021 and was issued a temporary registration slip while I await the permanent membership card which is in process.

“My decision to move along with my Principal, Senator Professor Ben Ayade was my free decision and necessitated by my desire to support and corporate with him to ensure that his aggressive industrialization and development agenda for the state is achieved”.
Advising Cross Riverians following his defection, Prof Esu said: “Nobody should be force against his/her will to take decision as for which party to belong, I have been part of the People’s Democratic Party -PDP from inception in 1998, it’s not just easy to walk away, but people should put several factors into consideration before taking a decision, let there be freedom of choice to avoid crisis situation in the polity.
“No doubt State Government under PDP has done so much in terms of development projects and this defection will not affect the ongoing developmental strides of Governor Ben Ayade’s agenda in the state, rather it will facilitate the timely completion of projects already embarked upon before the end of this administration”. Prof Esu stressed.