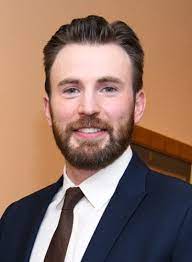 Very few things to know about Chris Evans, his Biography, Filmography and Relationships.

Christopher Robert Evans, popularly known as Captain America earned the name from the role he played in the Marvel series of films.

Christopher Robert Evans was born on june 13, 1981 in Boston, Massachusetts. He was given birth to by Lisa and Bob Evans.

Evans has two sisters ( Carly and Shanna), he also has a brother names Scott.

Alot of people have been craving to know all the films chris evans had featured in,so I had made this loaf of all the films chris had a role in. From now on,permit me to use the term ‘captain america’ in this article so as not to kill the morale in you :^)

So, below are the list of films captain america has played a role in,and their years.

Those are a few of the movies chris evans featured in.

It is quite evident that Chris Evans has been very successful in all the movies and TV shows he has featured in.

Although alot of people were hopping chris would get married to Jessica Biel,but they were soon to break apart even before they got engaged in 2006. So presently Chris evans is not yet married.

So, for every fan of chris evans out there yearning to know about their favourite actor, I have listed public and private affairs if chris evans.