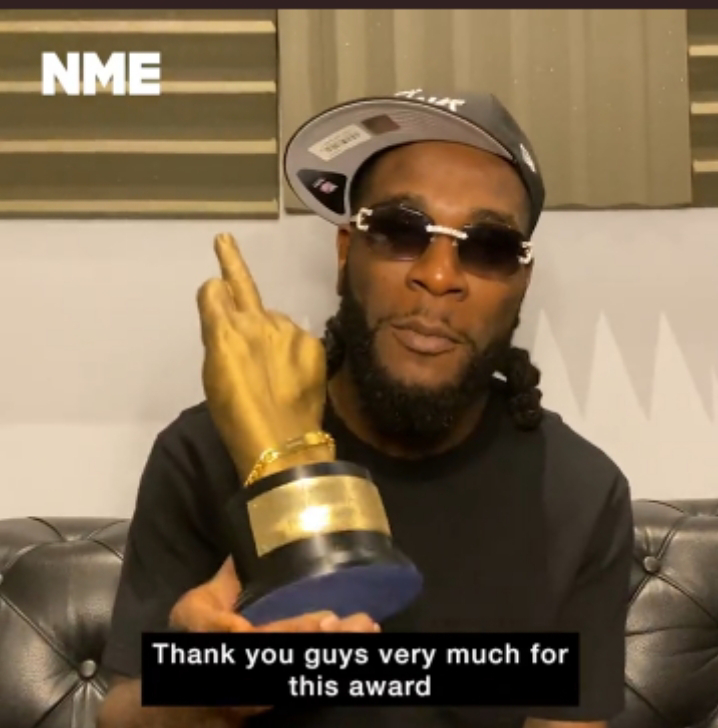 Nigerian singer, Burna Boy has again emerge the winner of the Best Solo Act In The World At BandLab NME Awards 2022.

Although singer was not present at BandLab NME Awards 2022, but he noted reasons and as well apologies for not attending.

Read what he said;

“Thank you guys very much for this. My first NME [Award], Best Solo Act In The World, you get me?” he said in his video acceptance speech.

Adding: “Sad I couldn’t be there for my first NME – I know how lit the NME Awards are. You guys are probably drinking and turning up right now but hey, anyway, thank you! Appreciate that.”