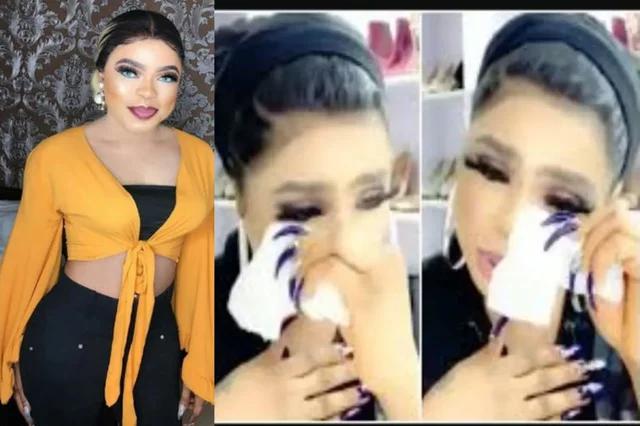 It is of no news that Bobrisky was rushed to the hospital 2 days ago for surgery which he undergo in his hips.

Even with so much pain, he seems not be regretting in any form because his sexy body is loading.

Accordion to Bobrisky, his body is now fine and his market value has increased since his body is now sexy with sexy hips which is why he is not even regretting the surgery even while in severe pains.

Meanwhile, Bobrisky replied to the message that nothing will go wrong.

Bobrisky further said that he is ready to take any risk to get his body shape he desire even if it will cost him his life. He is ready to go extra mile because he is very brave and can handle everything that he wants to do.

Indeed, the reply showed that he is not ready to adhere to any advice because no matter what people say, he will still do what he wants to do to make him become a full woman irrespective of the public trash.