Home » Bbnaija » #BBNaija S7: “Why’re they always trying to advice you? Doyin & Chichi Are Trying So Hard To Break us”- Bella Tells Sheggz

“Why’re they always trying to advice you?
Doyin & Chichi Are Trying So hard To Break us”- were the outcry of BBNaija level up housemates as she shares the cryptic message to Bella Sheggz.

This disclosure were made known by the Big Brother Naija season 7 housemate, Bella while conversing with her co-housemate, Sheggz about the so called relationship they are trying to build up while in the house.

From the look of things, what propelled this discussion was when Sheggz revealed to Bella what Doyin had told him just yesterday noting that Doyin really really likes him but cant come close to him because of Bella.

Of which Bella further went on to reveal to Sheggz that Doyin and ChiChi don’t want them to be together as they also want to be treated like princesses.

They held the following conversation

Bella: why’re they always trying to advice you? They’re really trying so hard to break us, (Doyin and Chichi) who wouldn’t want the princess treatment?…

Sheggz: they said people are watching me on TV right now. 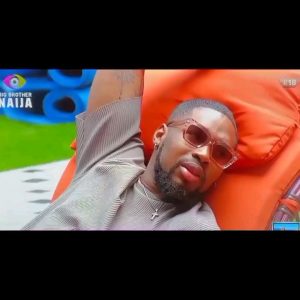