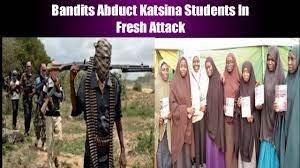 Reports have reached Multiloaded that some children had been reportedly kidnapped in a school called Islamiyya in Rafi LGA of Niger State.

It was reported that the bandits invaded the school which was located in Tegina on Sunday evening, and made away with some of the students. Though it has not been confirmed the number of students that were abducted, according to TheCable news, the bandits were said to have been operating in that school for hours without been stopped or challenged.

An eyewitness said they arrived in troops on motorcycles, around 4:30 pm and started shooting into the air. This happened hours after the Greenfield University students were abducted.