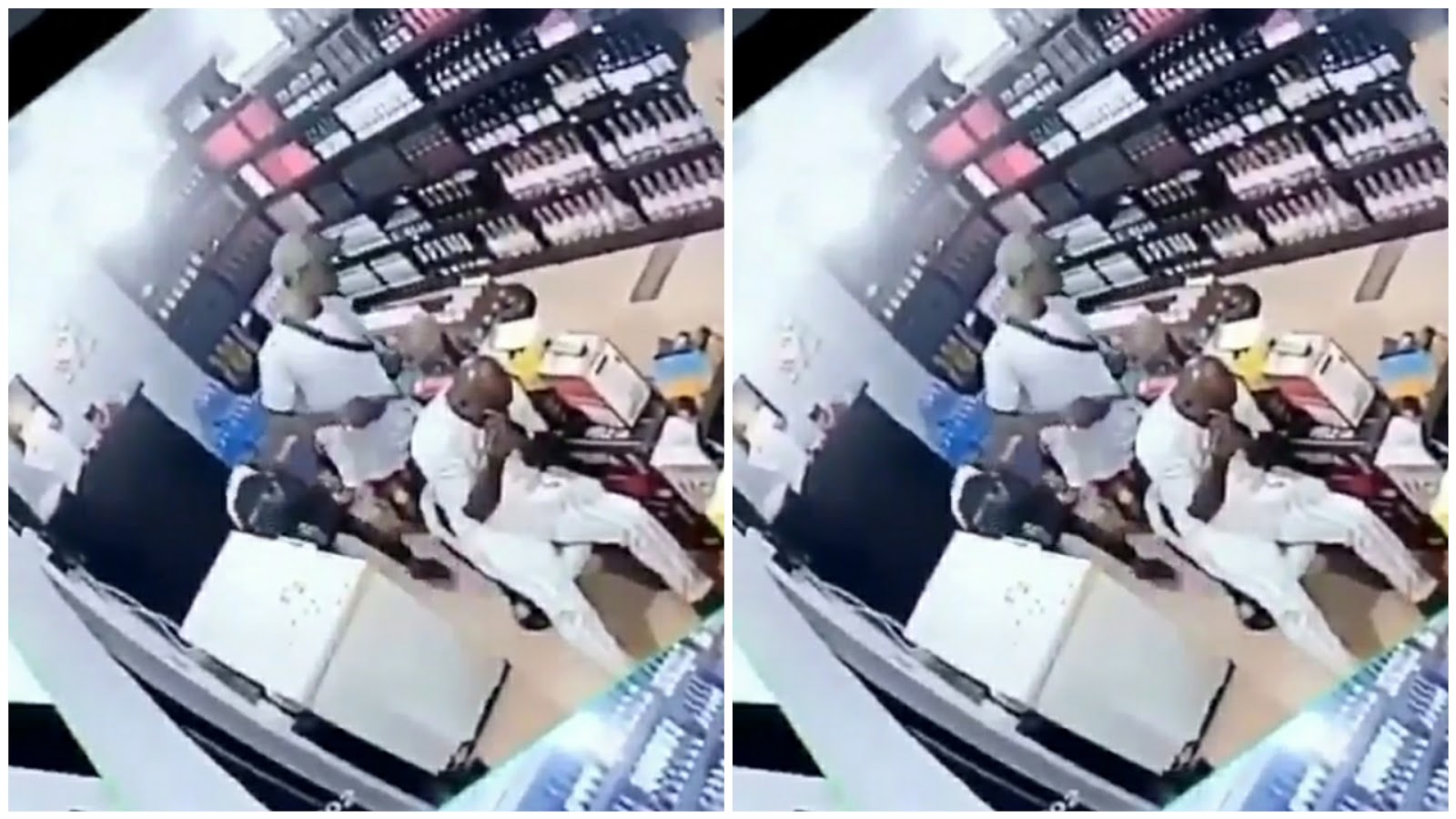 Three young Unknown Gunmen caught on CCTV camera when they broke into a wine shop in Lagos, and render everyone helpless, the lady who first sight this Miscreant ran to a corner as they went down flat on the floor.

According to the viral video, the Armed robbers could not find anything tangible money resources or money, out of annoyance they angrily broke the head of the store owner with a bottle of wine, instead of the store owner to lament, he kept silence despite the injury and frequent blood flow.

Insecurities in the country is becoming something else, the safety of citizens of Nigeria is no longer assured. A Nigerian man cries out.

Armed Robbers caught on CCTV while robbing a wine shop