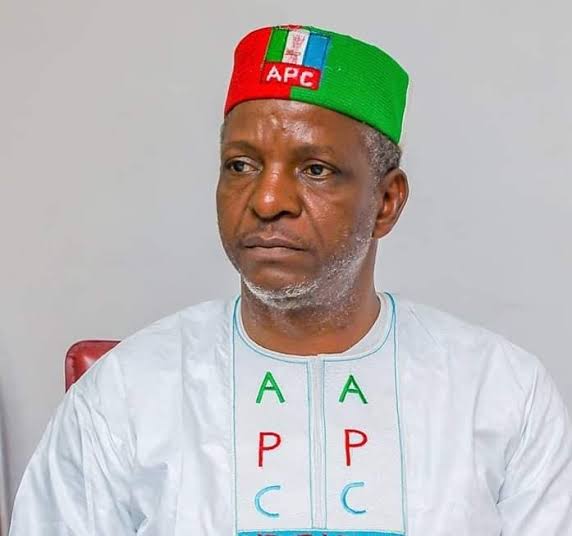 Mr. Latep who happens to be be the chairman, All Progressive Congress (APC), has been suspended with immediate effect for anti-party activities.

The National Caretaker/Extraordinary Convention Planning Committee (CECPC) of the party, Senator John James Akpanudoedehe, disclosed this in a statement, yesterday, in Jos.

According to information, it was revealed that the chairman’s suspension has been endorsed by a good number of members of the state executive.

“In line with this, therefore, Governor Mai Mala Buni of Yobe State has authorised the constitution of a three-man fact-finding committee to look into the allegations with a view to determining the veracity of the claims. In line with the mandate of transparency of the CECPC, Dabang was, therefore, advised to step aside from his position as the Caretaker Committee Chairman of APC in the state. The Deputy state caretaker chairman is to act as the state caretaker chairman pending the conclusion of the findings of the committee,” it stated.

The committee members assured the party faithful and citizens of Plateau of fairness and good conscience in the assignment given to them.

They promised fairness and good conscience in the affairs of the government and people of Plateau State.