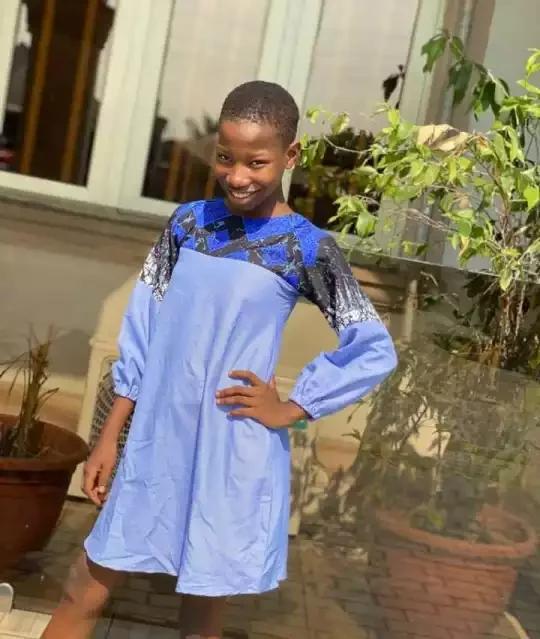 Recently, there have been different rumors on social media that speaks on Emmanuela being pregnant, but few days after she came across the post on different social media, she air out on the issues which made many Nigerians to argue over her pregnancy because of one of her comic video she acted.

Emmanuelle which is known to be one of the youngest comedian and a celebrity in the country and africa as a whole. She has featured in some many programs and shows where she played her role perfectly

Recent in one of her latest post on her instagram handle, she was seen slaying in a stunning outfit of which she called her fans to choose which outfit is best amongst her six different photoshoot she posted which got her fans and followers reactions.

Gone are those days where Emmanuela don’t care about her looks and fashion, as she continues to grow in the industry, she has realised the place of fashion in her career and Indeed needs not to be off in that area.

Emmanuela is begining to look very different from the person we all know when she started the career. Actually it’s a good thing she is growing up Into a beautiful young lady.